We desire to see lives changed by the gospel.

1. THERE IS ONE TRIUNE GOD

There is only one true and living God who is the Creator of the universe. He exists eternally in three Persons – the Father, Son, and Holy Spirit.

The Bible is God’s written revelation of Himself to mankind divinely given through human authors who were inspired by the Holy Spirit. It is entirely true, totally sufficient, and completely authoritative for matters of life and faith.

3. PEOPLE ARE CREATED IN GOD'S IMAGE

Human Beings are created by God to bear His image. They are the crowning work of His creation worthy of love, dignity, and respect regardless of matters like age, race, gender, or class.

4. PEOPLE ARE IN NEED OF REDEMPTION

Because of the Fall, the image of God in people is distorted but not lost. All people have disobeyed God willfully through sin; thus inheriting both physical and spiritual death and the need for redemption. All human beings are born with a sin nature and into an environment inclined toward sin. Only by the grace of God through Jesus Christ can they experience salvation.

5. JESUS IS BOTH LORD AND CHRIST

Jesus is both fully God and fully human. He was born of a virgin, lived a sinless life, died on the Cross as a substitute for mankind, was raised from the dead, ascended into heaven, and will one day return.

6. JESUS IS THE ONLY WAY OF SALVATION

Salvation comes only through Jesus Christ, the only mediator between God and man. No other religion, belief, or person can reconcile God and man. He alone can provide forgiveness and eternal salvation.

7. SALVATION IS BY FAITH ALONE

Salvation comes only through a faith relationship with Jesus Christ, the Savior, as a person repents of sin and receives Christ’s forgiveness and eternal life. Salvation is instantaneous and accomplished solely by the power of the Holy Spirit through the Word of God. This salvation is wholly of God by grace on the basis of Christ’s life, death and resurrection, not on the basis of human works. All the redeemed are secured in Christ forever.

8. THE CHURCH IS CHRIST'S BODY

The Holy Spirit immediately places all people who put their faith in Jesus Christ into one united spiritual body, the Church, of which Christ is the head.

We desire to see lives changed by the gospel. Everything we do is shaped by the gospel, which is the good news of what God has accomplished in the person of his Son – in His perfect life, sacrificial death, and victorious resurrection – to secure forgiveness of sins and fullness of life for all who will repent of their sin and believe in Jesus as Lord and Savior.

The gospel creates a redeemed and transformed community. Imago Dei Church is committed to living life together & challenging one another to grow as disciples of Christ in the household of God.

We have been rescued & redeemed by a loving and missionary God. Therefore, we seek to join His mission by making disciples among all nations and loving our neighbors with the love of Christ.

Imago Dei Church is an elder-led church. We view the role of elder and the role of pastor as one and the same. Therefore, those noted as “Pastors” are  “Elders.” For more on these convictions, view our Philosophy of Ministry. 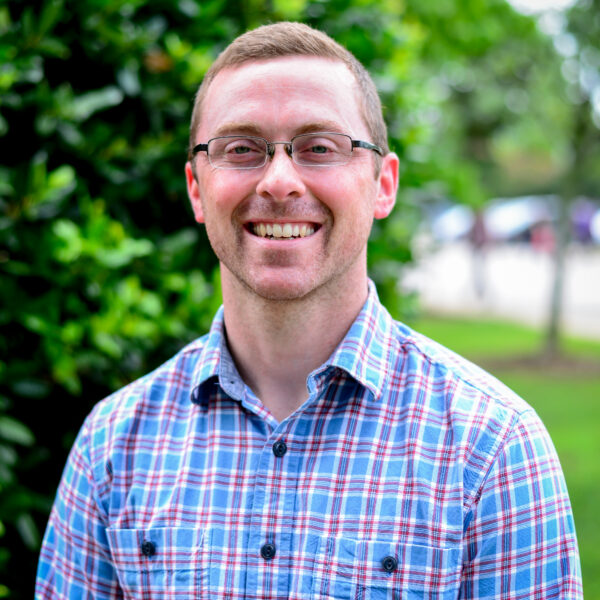 Pastor for Counseling and Member Care

Show bio... Hide bio...
Kent is a native of southern Illinois and a graduate of the University of Illinois. He holds an MA in Biblical Counseling from Southeastern Baptist Theological Seminary. He met his wife Hope at a Christian sports camp in Pennsylvania in 2007. They got married in 2010 and have three kids: Silas, Anna, and Grace. He is an avid St. Louis Cardinals fan and loves talking about the intricacies of the golf swing. As a pastor, he loves having a front-row seat to watch how Jesus transforms people’s lives. Get to know Kent (video). 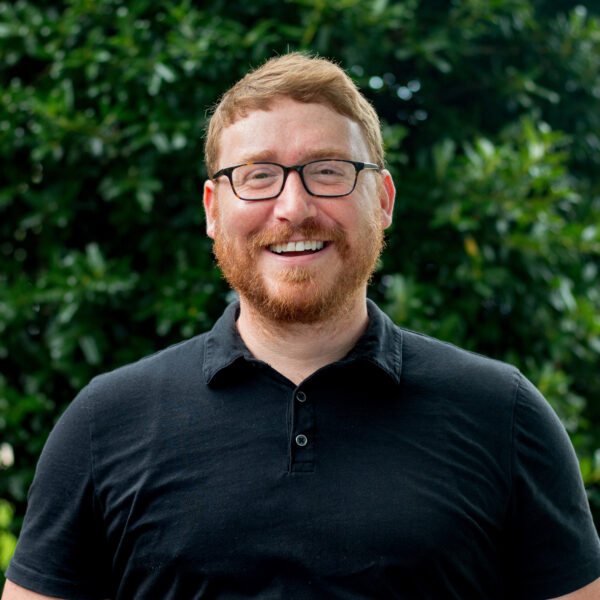 Show bio... Hide bio...
Donnie was born and raised in Mississippi where Jesus saved him in1998 and Meghan married him in 2007. He and Meghan moved to Raleigh in 2011 to help plant IDC. He became a pastor in 2012. They now have 5 children (Judah, Evelyn, John, Olivia, and Ben) and love serving the saints at IDC! 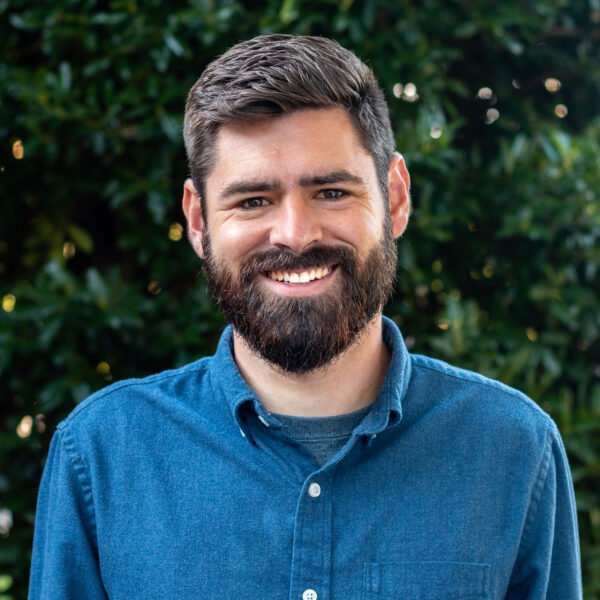 Pastor for Missions and Evangelism

Show bio... Hide bio...
Zac was born in Memphis, TN, but grew up in West Africa as the son of missionary church planters. Zac and his wife, Amanda, joined Imago Dei in 2013 while he was a student at SEBTS. He became a lay pastor in 2018 and started full time as the Pastor for Missions and Evangelism in the fall of 2020. Together, he and Amanda have two precious daughters, Adelyn and Jaimee. Zac loves to equip, support, and encourage those we send to make disciples and plant churches among the unreached and least-reached in our city, throughout North America, and around the world. When not serving the church, he enjoys reading, being outdoors, chatting with people, playing disc golf, and relaxing with his family. Get to know Zac (video). 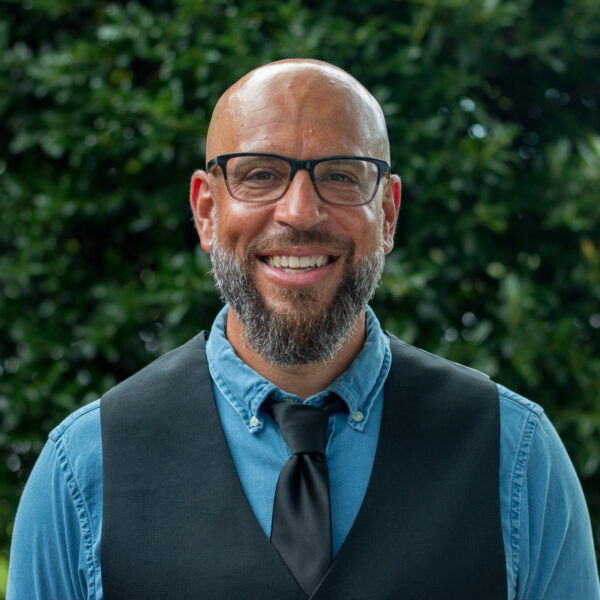 Pastor for Preaching and Vision

Show bio... Hide bio...
Tony is a graduate of the University of the Cumberlands (BA), where he played shortstop (!) and of New Orleans Baptist Theological Seminary (MDiv; PhD). In addition to serving as Pastor for Preaching and Vision at IDC, Tony serves as the Dean of Grimké Seminary and Director for Theological Training for Acts 29, and also serves as a Council member for The Gospel Coalition. Tony has written over fifteen books including The Christ-Centered Expositor, Love Your Church, and multiple volumes in the Christ-Centered Exposition commentary series. He’s happily married to Kimberly, and they have five children. 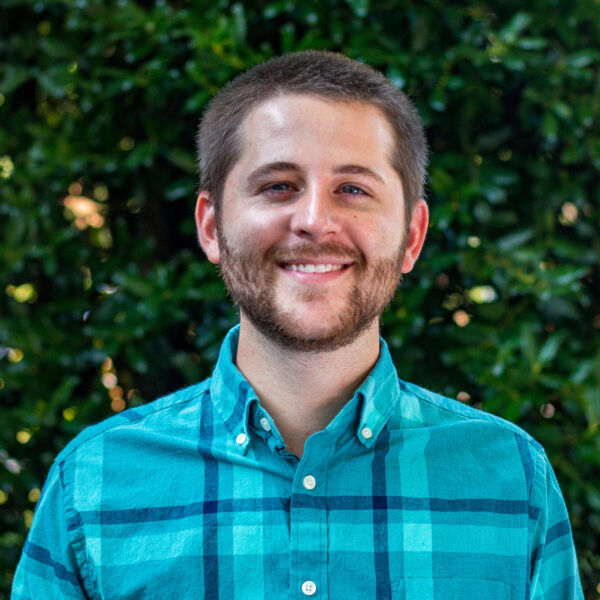 Show bio... Hide bio...
Shane spent time growing up in New Orleans and Denver before eventually attending Union University in Jackson, TN. There he met his future wife, Alicia, whom he married in 2010. They moved to the RDU area in 2011 to attend SEBTS and join the core team of IDC. They now have 4 children with whom they enjoy baseball, camping, and lots of books. Shane became a lay pastor at IDC in 2014 and then joined the staff in 2017. 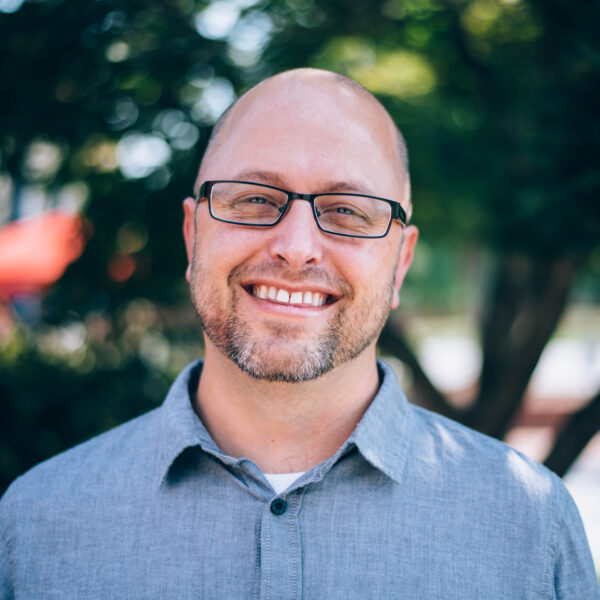 Show bio... Hide bio...
Matt grew up in the Carolinas; he met his future wife, Shauna, during their sophomore year of high school. They were married in 1995, the day after Matt graduated from Clemson University with a degree in Chemical Engineering. He worked for over 20 years as an engineer in the industrial automation industry. Matt both graduated from Southeastern Baptist Theological Seminary and became part of the core team that planted Imago Dei Church in May of 2011. Since then he has served as the Executive Pastor, retiring from engineering in late 2015 in order to serve full time at Imago Dei. Matt and Shauna have five children: Gabrielle, Grace, Caleb, Abraham, and Mabry. When not serving the church, he enjoys traveling, being outdoors, satire and witty banter, cheering on the Tigers, and spending time with his amazing wife and family. 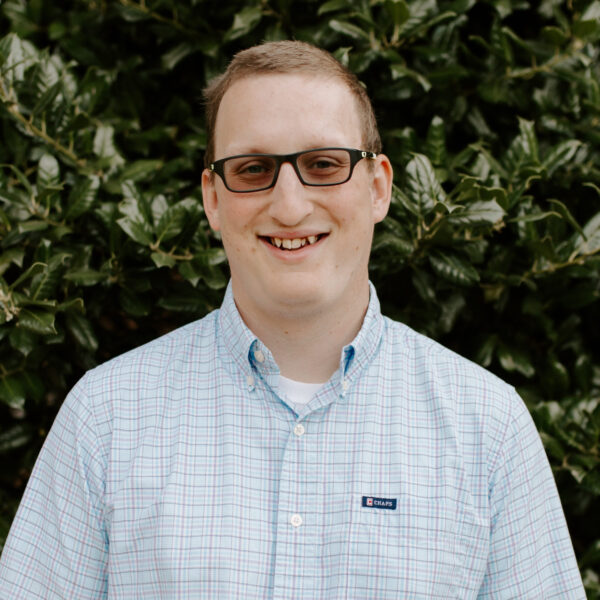 Show bio... Hide bio...
Josh grew up in Minnesota and Virginia before attending college in South Carolina, where he met and married his wife Deborah. They moved to North Carolina in 2013 and began attending Imago Dei, where in 2019 Josh was confirmed as a lay elder. He has degrees from Columbia International University (CIU), the Zwemer Institute for Muslim Studies and Southeastern Baptist Theological Seminary. He and Deborah have a young son, Caleb, and live in Wake Forest, NC. He is a major nerd and loves writing and reading Fantasy novels, superheroes, Star Wars, board games, and basketball. Get to know Josh (video). 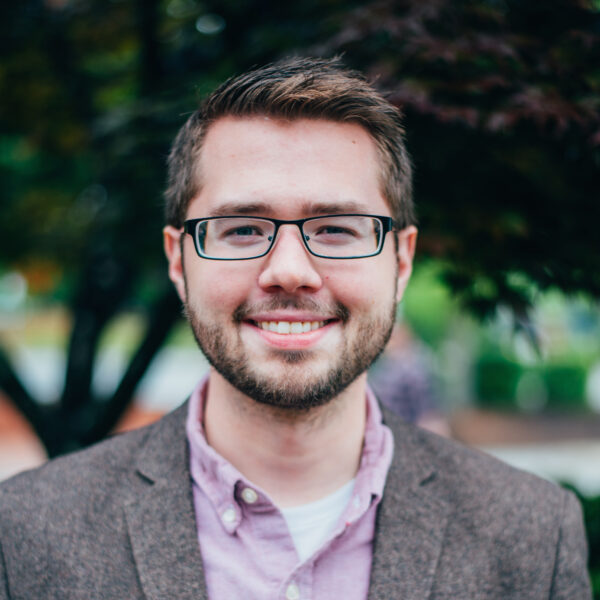 Show bio... Hide bio...
Trevor is originally from Oklahoma and has been part of IDC since moving to North Carolina in 2011. He has been serving as a lay pastor since 2016. He is a graduate of Mid-America Christian University (BS) and of Southeastern Baptist Theological Seminary (MA; EdD). Trevor is a fan of good coffee, bookstores, and superheroes. He and his wife, Ashley, raise their daughter in Wake Forest. Get to know Trevor (video). 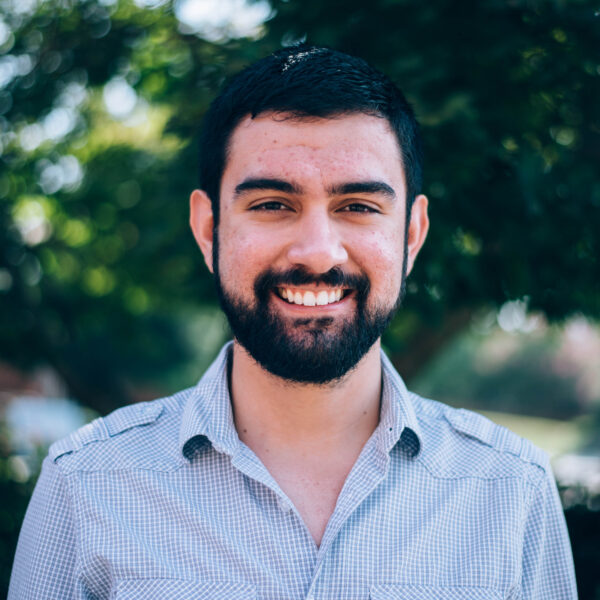 Show bio... Hide bio...
Manny was born and raised in Miami, FL and has been part of IDC since 2011— the same year he met his wife, Jillian. He and Jillian have four precious and rambunctious girls, two by adoption. He is a graduate of Florida International University (BA in Political Science) and Southeastern Baptist Theological Seminary (MDiv). Manny has served as a pastor since 2014 and enjoys music production, cooking, and whatever coffee you made is great—yes, even the cheap stuff, he’s not picky. Get to know Manny (video). 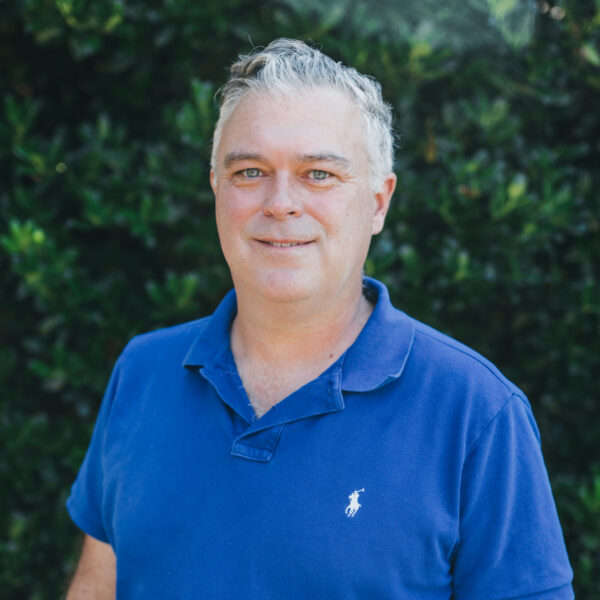 Show bio... Hide bio...
Matt and Laura Steele have been married for 24yrs. Parents to Grace (19), Patrick (17), Ethan (14), Quinton (10), Matthew (9) and Susanna (7). Some kids are adopted. The Steeles have been foster parents and involved with Safe Families for many years. Matt is employed by Mayne Pharma as a Sales Manager and Laura homeschools the kids. The Steeles are from TX and moved to Raleigh from Lake Villa, IL. Matt and Laura are graduates of Texas Tech University and Matt has a Masters from Southwestern Baptist Theological Seminary. Laura and Matt are certified Biblical counselors. Get to know Matt (video). 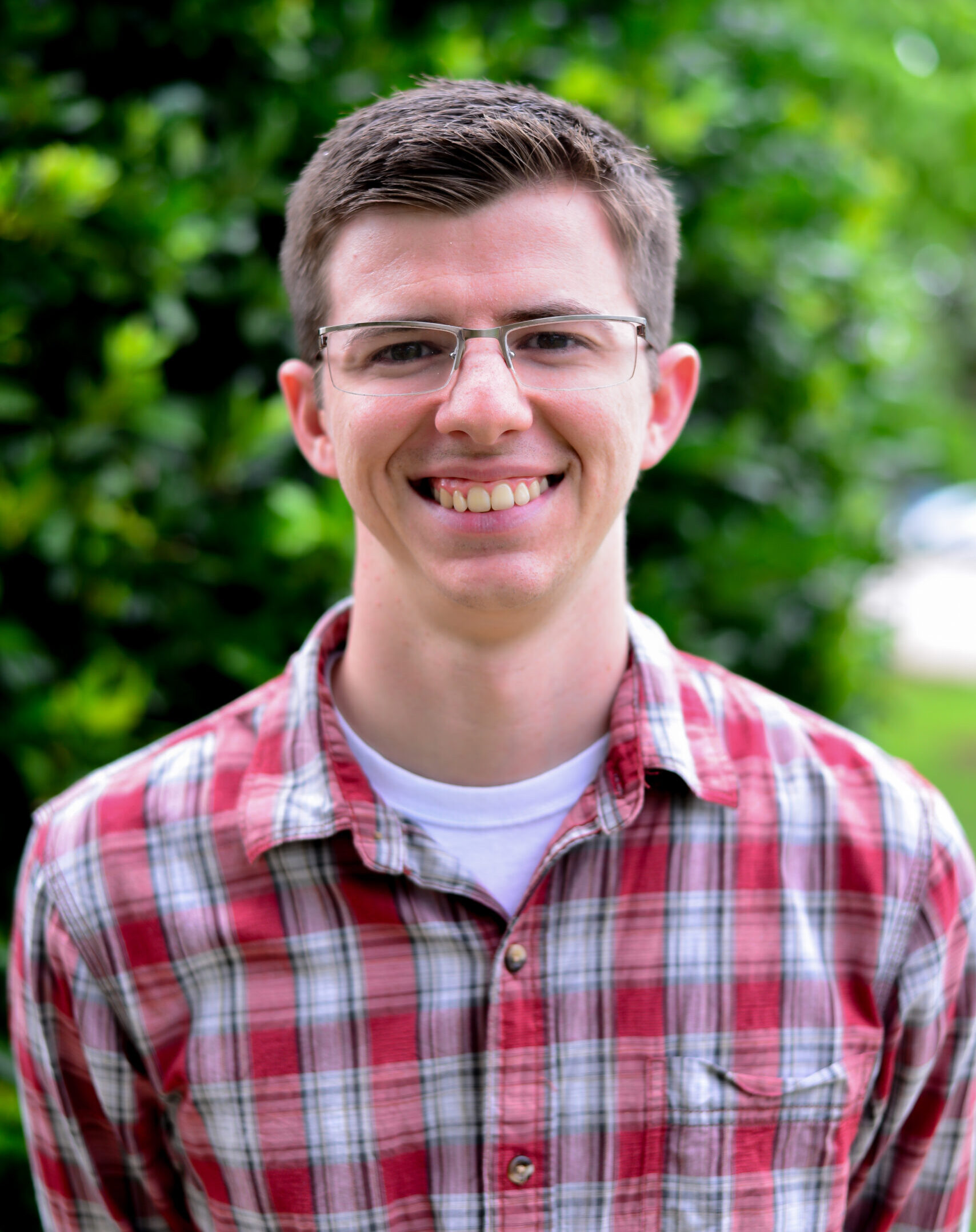 Show bio... Hide bio...
Daniel is originally from Gainesville, GA and has been a member of Imago Dei Church since moving to Wake Forest with his wife in 2011. He served as a growth group leader before becoming a pastor at IDC in June 2017. Daniel is a fan of Atlanta Braves baseball, fishing/golf (pretty much anything outdoors), US presidential history, pretending not to be a slipshod carpenter, and Paul’s letter to the Colossians. He and his wife, Lauren, have one daughter and two foster daughters. Get to know Daniel (video). 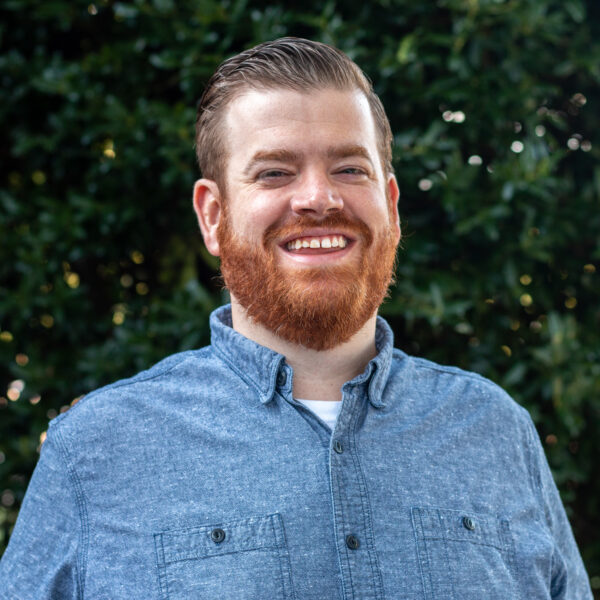 Show bio... Hide bio...
Seth is originally from Georgia where he attended college at Georgia College and State University majoring in business administration. He moved to the Raleigh area in 2011 and joined IDC shortly after. Seth graduated from Southeastern Seminary in 2014. He met his wife, Emily, at IDC and they have been married since August 2015 and they have one daughter who was born in 2019. Currently, Seth serves as a lay pastor and works in accounting for a local energy company. Seth enjoys reading and watching the Atlanta Braves and the Georgia Tech Yellow Jackets. Get to know Seth (video).

Deacons are leading servants who assist the church in ministry by meeting various practical and member care needs in the body.